The Holy Spirit has really been speaking to us in the last few weeks concerning the time we are in.  A couple of weeks ago we were encouraged to stake out a claim on the promised land (promises God had made to us).  I spoke of Caleb as an example.  Again last Firebrand meeting, we spoke of transition principles, and the example was Abraham and Sarah.  This moved us into seeing, believing and receiving.

...We are in a season of blessings and harvest of seeds sown and we are going into the land of promises!  I asked Susan F. to make pictures last Sunday, for I knew we had crossed over the bridge and that meeting was a milestone.  The pictures are the marker.

... We must stay united lifting up one voice to God's Glory!!! 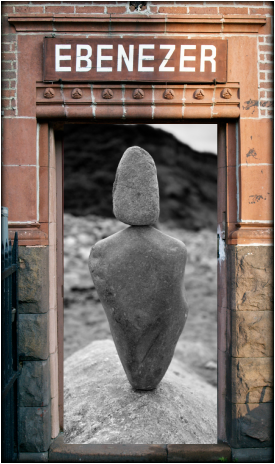 1 Samuel 7:12
Then Samuel took a stone and set it up between
Mizpah and Shen. He named it Ebenezer, saying,
“Thus far the Lord has helped us.”