Judges 6: 1-3
1 The Israelites did evil in the eyes of the Lord, and for seven years he gave them into the hands of the Midianites. 2 Because the power of Midian was so oppressive, the Israelites prepared shelters for themselves in mountain clefts, caves and strongholds. 3 Whenever the Israelites planted their crops, the Midianites, Amalekites and other eastern peoples invaded the country.

Note: Abraham's wife (Keturah) was the mother of Midian.  The Amalekites and other eastern  peoples were sons of Abraham's concubines.

Because of the invasion of the oppressors, the Israelites were forced to retreat,  hide in caves and conceal their fruit of their labors.  When this situation became intolerable, only then did they began to cry out to God and to call on Him.

Judges 6: 6 Midian so impoverished the Israelites that they cried out to the Lord for help.

When the Israelites called on the Lord because of the invasion, God sent them a prophet.

Judges 6: 7-10
7 When the Israelites cried out to the Lord because of Midian, 8 he sent them a prophet, who said, “This is what the Lord, the God of Israel, says: I brought you up out of Egypt, out of the land of slavery. 9 I rescued you from the hand of the Egyptians. And I delivered you from the hand of all your oppressors; I drove them out before you and gave you their land. 10 I said to you, ‘I am the Lord your God; do not worship the gods of the Amorites, in whose land you live.’ But you have not listened to me.”

The "gods of the Amorites" is a reference to the demonic principalities and powers that ruled the countries in Canaan. There is a reason God requires that we worship Him only. We are not to offer up mixed seeds, compromised affection or mixed worship.  To do so opens us up to be deceived.  We need to know and understand that there is an interaction between the powers of darkness and the sins of people, the sins of the society and the sins of the nation.

When God is removed from His rightful place in our hearts and His banner of Jehovah Nissi no longer flies over the nation, the enemy gains control through this rebellion and the sins of the people. This is what happened in the case of Israel.  Evil ruled in the spiritual realms over Israel.  This principle is true with any and all people and nations.

When idols are erected to evil spirits, it is the spiritual symbol of spiritual bondage.  It could easily be said that those who sacrifice to idols are sacrificing to demons.  Consider the following:

As we come against the powers of darkness, we must not fear the enemy; but we must be aware of his schemes and wiles. Satan does have a right to occupy the spiritual realms of sin and rebellion.  While we do not fear, we should respect the power of the enemy as he rules as part of the principalities and powers (Ephesians 3:10) over our cities.  We know that we have been given authority and power over all the power of the enemy but it is only as we are in Christ, His name, and His blood that the enemy is defeated.

Jesus said in Luke 10:19, "I have given you authority to trample on snakes and scorpions and to overcome all the power of the enemy; nothing will harm you."

Israel's victory was in a man chosen by God.  The man was Gideon who had to be set free first.  Gideon had to see himself as God saw him.  In Judges 6:12, the angel of the Lord calls him a valiant or mighty warrior.   Years of preparation come into fruition when the Lord is ready, and then there is an 'and suddenly!'

Judges 6:11 The angel of the Lord came and sat down under the oak in Ophrah that belonged to Joash the Abiezrite, where his son Gideon was threshing wheat in a winepress to keep it from the Midianites.

Because of sin they were forced out of God's order and reduced to threshing wheat in a wine press.  (They were hiding.) 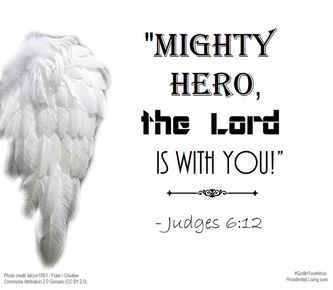 Judges 6:12 When the angel of the Lord appeared to Gideon, he said, “The Lord is with you, mighty warrior.”

Gideon was of the tribe of Manasseh:

Judges 6: 13 “Pardon me, my lord,” Gideon replied, “but if the Lord is with us, why has all this happened to us? Where are all his wonders that our ancestors told us about when they said, ‘Did not the Lord  bring us up out of Egypt?’ But now the Lord has abandoned us and given us into the hand of Midian.”

WHY?  WHERE?  DOUBT!  REMEMBER: GOD CHOSE THE MAN!

Judges 6: 14 The Lord turned to him and said, “Go in the strength you have and save Israel out of Midian’s hand.  Am I not sending you?”

The power is in the command of the Lord to "Go.

Judges 6: 15 “Pardon me, my lord,” Gideon replied, “but how can I save Israel? My clan is the weakest in Manasseh, and I am the least in my family.”"

From Gideon's earthly perspective, he was the least and lowest person from the weakest clan.

In the spiritual realm, however; the Lord was with Gideon and he was a mighty warrior.  What a difference! 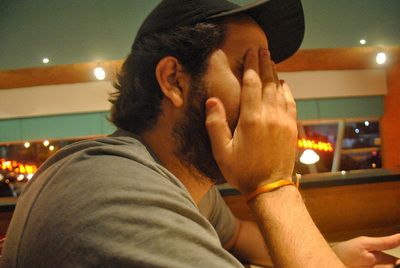 GIDEON'S VIEW - I AM THE LOWEST AND WEAKEST

GOD'S VIEW - YOU ARE A MIGHTY WARRIOR
Gideon was God's chosen man who was all that God called him to be.

Judges 6: 16 The Lord answered, “I will be with you, and you will strike down all the Midianites, leaving none alive.”

God spoke the prophetic rhema word to him.

Judges 6: 17-19
17 Gideon replied, “If now I have found favor in your eyes, give me a sign that it is really you talking to me. 18 Please do not go away until I come back and bring my offering and set it before you.” And the Lord said, “I will wait until you return.” 19 Gideon went inside, prepared a young goat, and from an ephah of flour he made bread without yeast. Putting the meat in a basket and its broth in a pot, he brought them out and offered them to him under the oak.

Gideon asked for a sign of confirmation with an offering and the Lord said he would wait.

We too are questioning, "Why have we not seen the miracles of God?  Why does it seem that God has abandoned us as it relates to his power and authority manifesting in our lives?"

We must know why there is a distance between God and our needs so that we can repent and be restored.

Is it time for us to have a new level of consecration since we are at a new level and about to reach the promised land or promises of God.  We must surrender all of our achievements, our failures, our sins and our virtues to God in preparation for something greater that is to come.  Our consecration and our attention should be FOCUSED on God and His presence as we abide in the reverential fear of the Lord.  Could this be preparation to go into a place we have not been before?  (Personally, I believe this is to "shake the prophetic robe" so that which remains is God.)

We will be commissioned and move in divine authority.  The Lord initiated this encounter with Gideon.  The time of separation had passed.  The time of His visitation was at hand.  The Lord told him to "Go in this your strength and deliver Israel from the hand of Midian.  Have I not sent you?" (Judges 6:14)

The strength of God's servants is in their commission from the Lord.  When we are sent by God we go in His Divine Authority. When God commissions, he endorses and empowers all He sends.  When we meet with Him and transact with Him, we will receive revelation. Not only will we hear Him, but we will see Him for who He is.

Gideon received peace from the Lord, which was provision to neutralize fear.  Gideon had to first deal with the idols in his father's house, tear down the altar to Baal and cut down the Asherah pole beside it.  Then he had to build the proper kind of altar to the Lord God.  He had to restore God's Holy Altar.

Then the Spirit of the Lord came upon Gideon and he blew a trumpet to summon his clan (the Abiezrites) to follow, and he sent messengers throughout Manasseh calling them to arms.
(Judges 6:25-35)

"Came upon" means "to put on, to clothe."  God's Spirit clothed himself within Gideon in order to equip him to serve God's people, and Gideon went out in the power of the Spirit.

What about us?  God is calling His warriors together to obey His voice to, "GO!"

He will empower us with the promise of His presence.

Right after this was posted, I received an e-mail from The Elijah List that had a prophetic word with a part about Gideons in it.  That part is shown below.  I encourage you to read the entire word that is linked on our prophetic voices page as "An Amazingly Encouraging Word to the American Church" from
Johnny Enlow, Santa Clarita, CA.

These Gideons will soon have the enemy in so much flight that the rest of the Church army will adjust and join in. Even as in Gideon's day, when the majority saw that just 300 were chasing hundreds of thousands and decided that victory was possible, so too will we see that today.

The "300" (not a literal number) are those who run now to the beat of another drum. They are immune to fear, immune to hopeless reports, immune to reasonable caution, immune to influential religious voices of doubt; they are "all in" on a Pollyanna narrative that sees things entirely different than anyone else.

These "300" are driven by crazy, radical hope. They have committed to seeing either the greatest victorious days in their lives or being crushed in their "foolish" attempt to make that happen. These "300" who are "all in" are running with God's great renaissance narrative for today.

The invitation is for many to follow this crazy trumpet sound – and if you could what they see – you wouldn't hesitate, but you would arise and exterminate the fear.

Create your own unique website with customizable templates.
Photos used under Creative Commons from DanielleSLynn Muffet